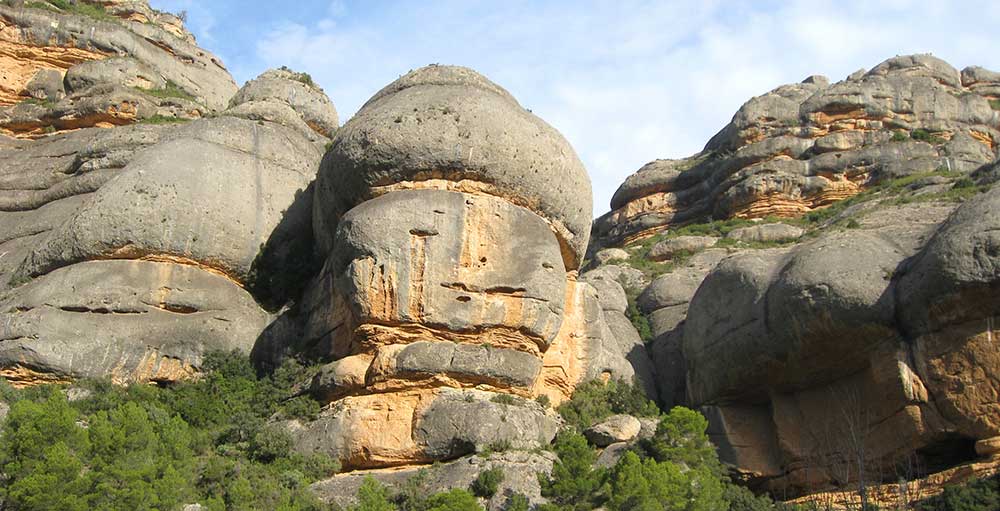 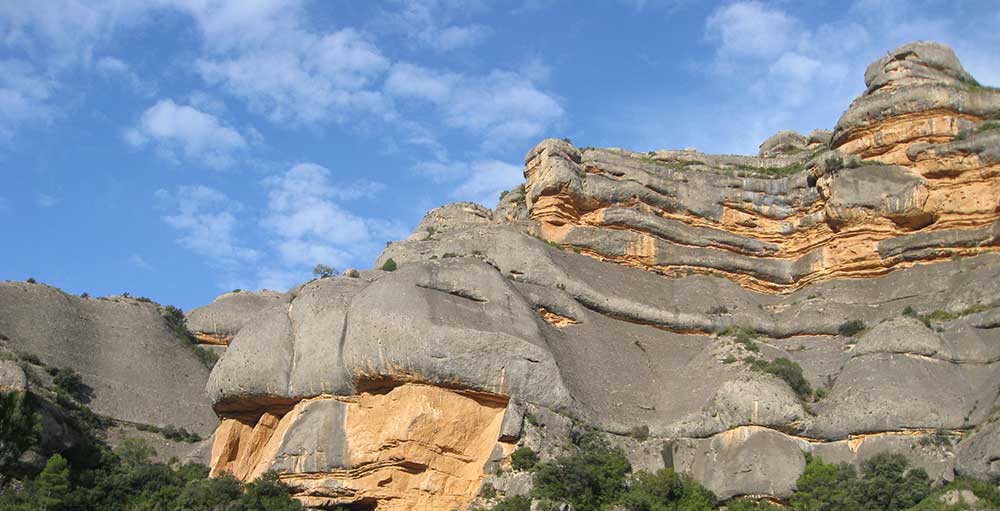 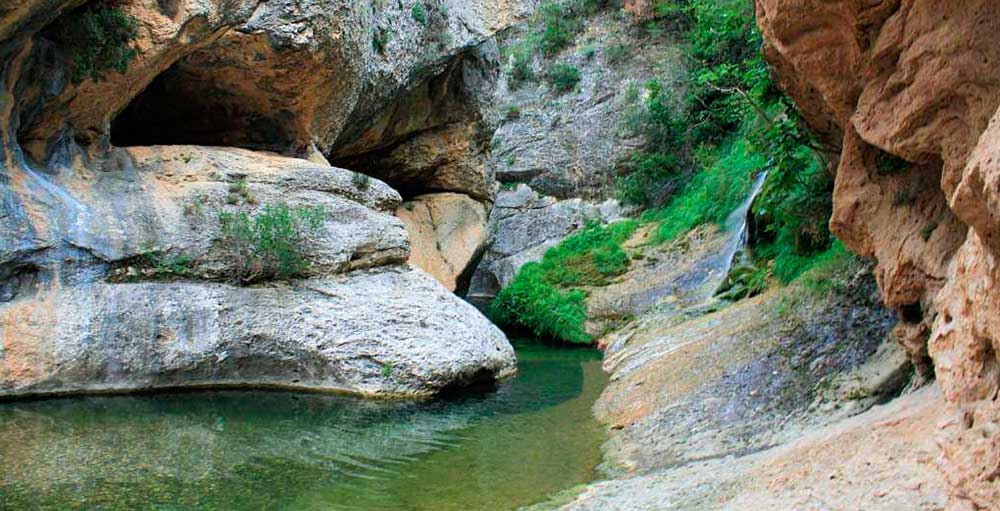 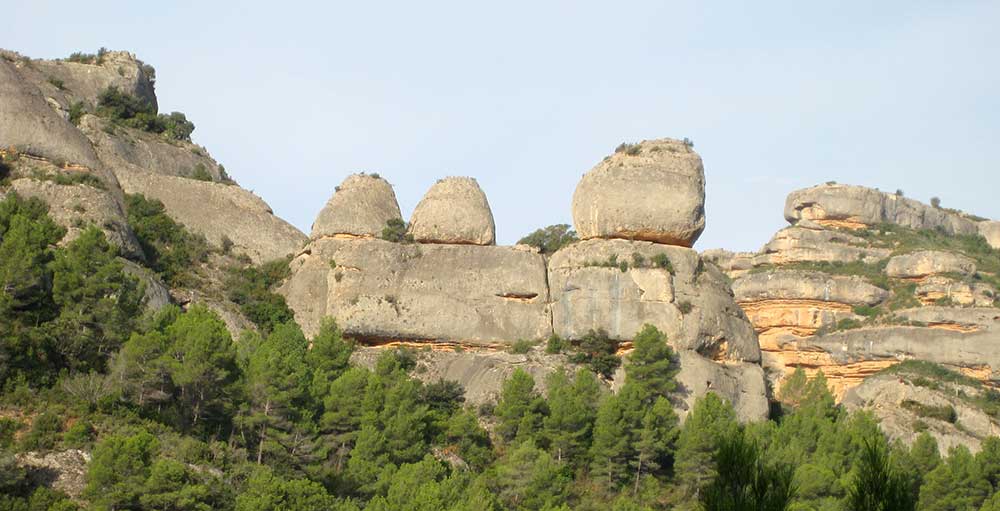 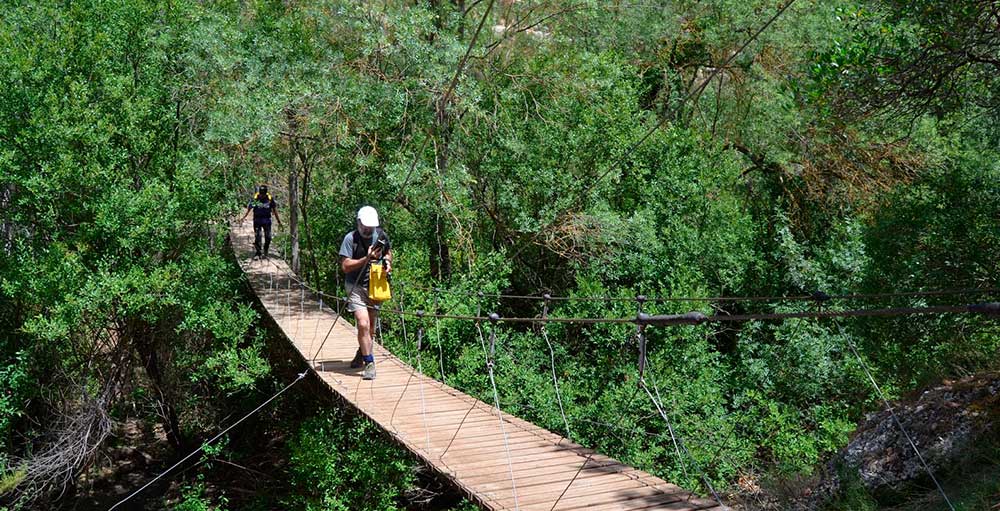 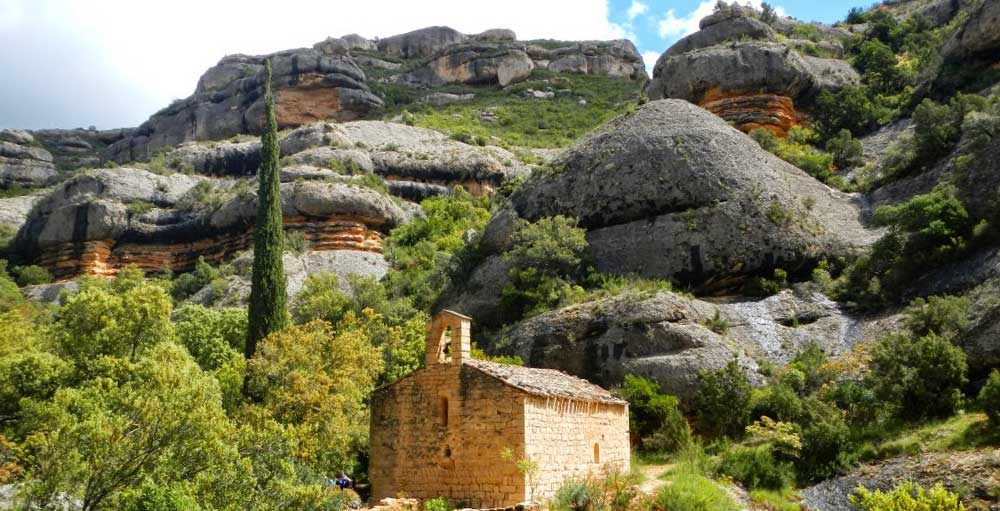 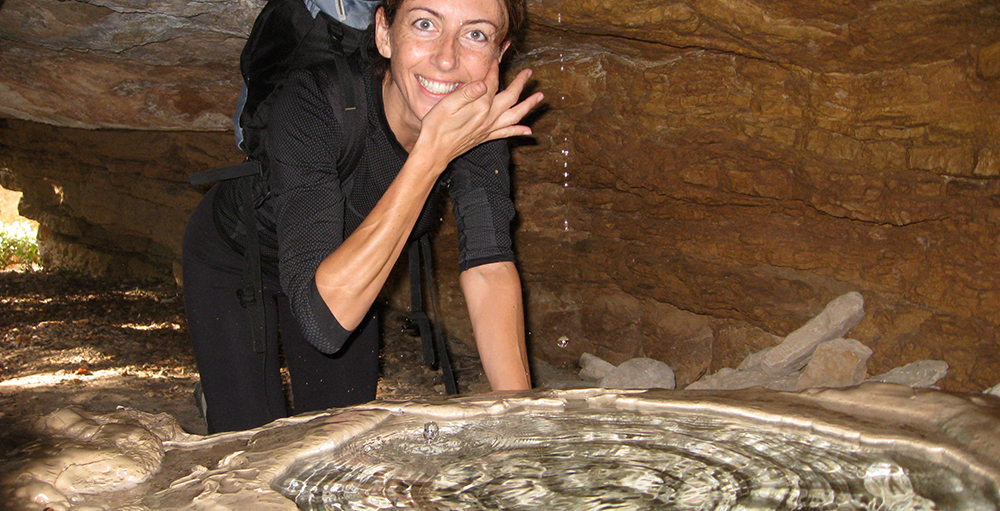 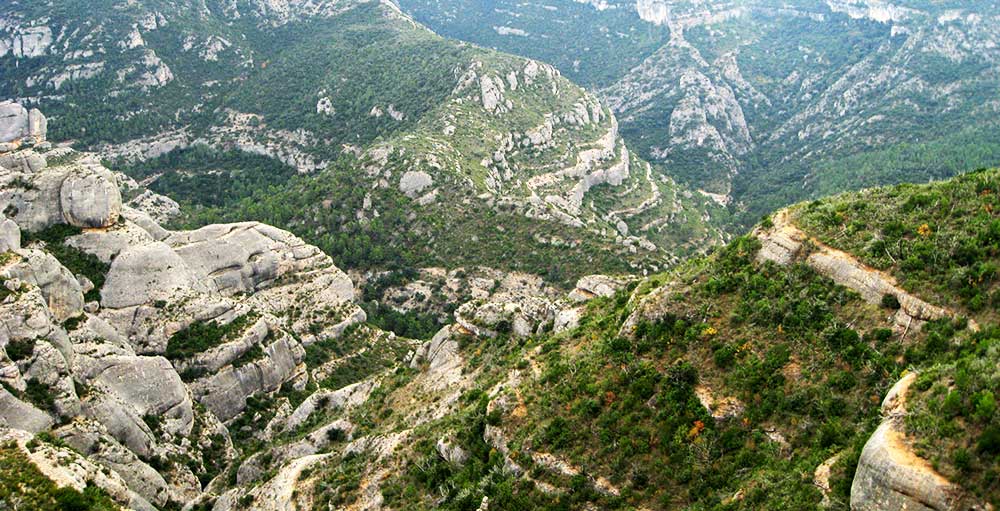 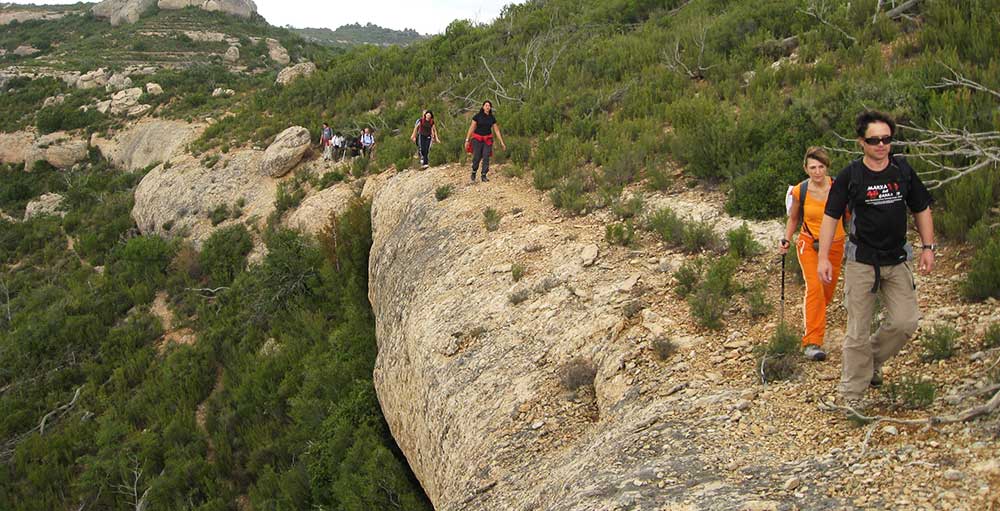 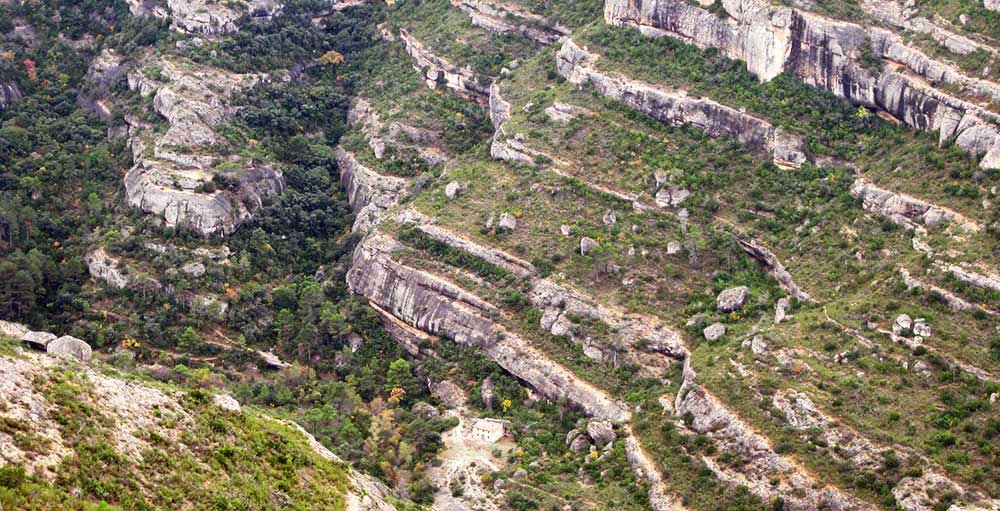 Comparteix →
Option 01. Up to the Hermitage of St Bartomeu de Fraguerau

A breathtaking hike through the Montsant Mountain Range, a mountain range that has been characterised for its spirituality since the Middle Ages. Here you will find various hermitages and caves once inhabited by hermits who sought the silence and tranquillity of these lands.

We will go on a well-known tour along the northern slope of this natural park, from the Hermitage of Sant Antoni to the Hermitage of Sant Bartomeu de Fraguerau (4.5km). We can either turn around and retrace our journey, or we can continue hiking and follow a circular trail along the Grau de l’Egua and back to our starting point (18km).

Once we arrive at the village of Ulldemolins, we will follow the signposts for the Route of the hermitages through a paved road until we reach the Hermitage of Sant Antoni, where we will be able to leave our cars in a large car park. Before or after the route, we can visit the Ulldemolins Cooperative and discover its oils and wines.

Route to The Hermitage of Sant Bartomeu de Fraguerau

00′. From the parking lot, we begin to walk following the white and red GR 65-5 markings along a forest track. The road is downhill until reaching the valley of the Montsant river. We will pass by the La Gleva fountain.

25′. The track turns into a footpath and soon we will arrive to the Cadolles Fondes and the Toll de la Mula, two ponds that are perfect for a swim on hot summer days. Legend has it that the Toll owes its name to the fact that a mule carrying a load of gold fell in it.

45′. Now we continue walking alongside the Montsant River surrounded by lush vegetation. All around us lie the whimsical shapes of the granite rocks, slowly sculpted, some of them with names such as the Roca Balladora (Dancing Rock), the Buda (Buddha), the Tres Jurats (Three Councillors), the Tres Juradets (Three Little Councillors)… The place is truly spectacular.

1h. Approximately one hour into the hike we will reach the rope bridge hanging over the Montsant river. We will cross it and then continue following the tracks of the GR footpath.

1h 30′. We head up the gorge and arrive at the Sant Bartomeu Hermitage, an emblematic place of the Montsant Mountain Range. It is the perfect location in which to have breakfast. The Romanesque hermitage was restored during the 1970s. This is where Fra Guerau lived, dedicated to prayer and contemplation; the place was undoubtedly chosen for its beauty and calm. Here we can’t miss Les Bassetes, where the drops of water have been able to weave their way through the rock, forming some nice little pools of crystal clear water.

⚠️ At this point we have two options: we can return to the starting point, being satisfied with an easy and comfortable excursion… or if we’re up to the task, we can continue ascending along the GR footpath towards Venta de la Llena, right at the border with Lleida.

2h 30′. The trail is relentless and rises continuously at a sharp angle until the C-242 road. We will then continue walking alongside the road for about 600 metres until we reach the ruins of the Venta de la Serra de Llena. We will finally leave the GR by heading south on a track that will soon become a footpath. Here we must pay attention to the stone milestones that mark the route.

3h 30′. For a long stretch, the footpath becomes level ground until reaching the Punta dels Mònecs, which boasts spectacular views.

4h 10′. We arrive at Grau de l’Euga, an aerial section where we will have to watch our step.  At times, the steeper sections will require the use of our hands to progress. We can see the Mas del Soleràs at the bottom.

5h 20′. We continue through a landscape dotted with rounded, eye-catching shapes before arriving at the Mas del Soleràs. Our descent comes to an end just at the point in which we encounter the Montsant river again. We then walk to the left of the river. After a few metres, and if we look up, we will see once again rocks with curious shapes and names such as the Bisbe (Bishop), the Formatge (Cheese) or the Cap de Mort (Death’s Head).

7h. We follow the GR footpath and in less than an hour we will have returned to the starting point at the Hermitage of Sant Antoni.

Note: All times are estimated. Doing this activity either alone or in group can significantly alter the length of each section or of the whole route.

If you want to enjoy nature and get to know our wineries…
This is the way! 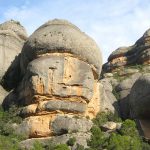 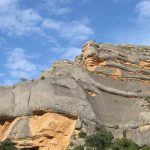 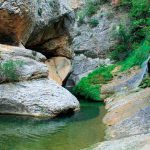 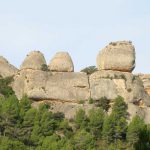 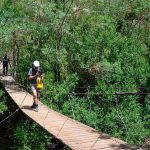 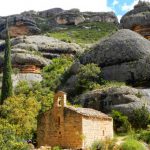 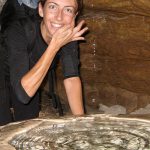 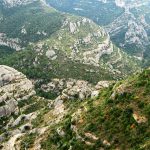 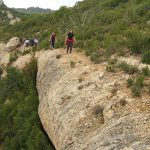 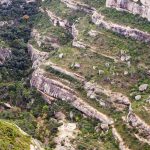 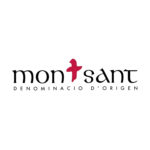