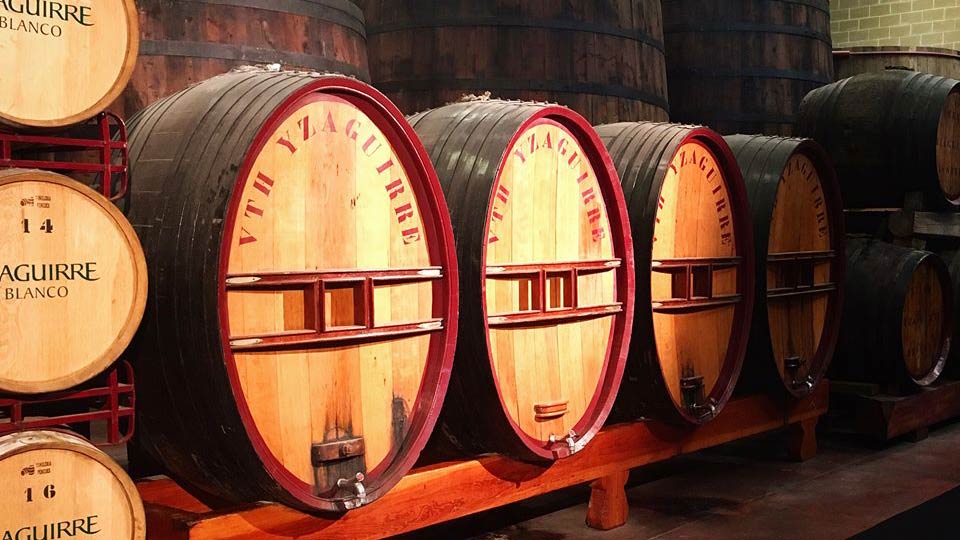 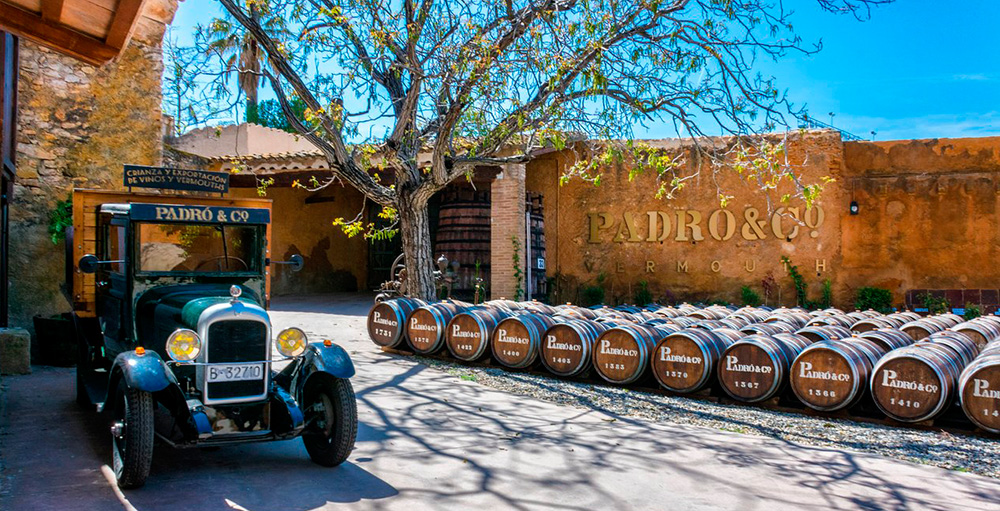 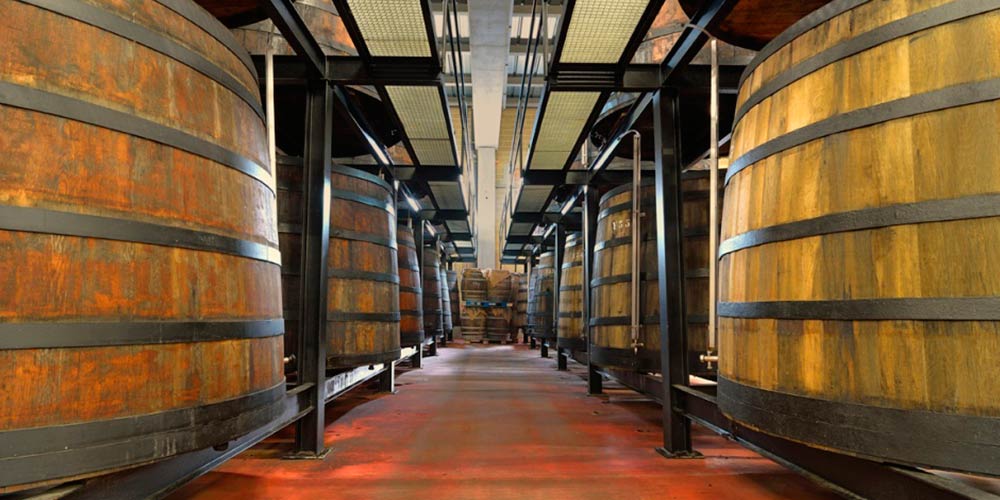 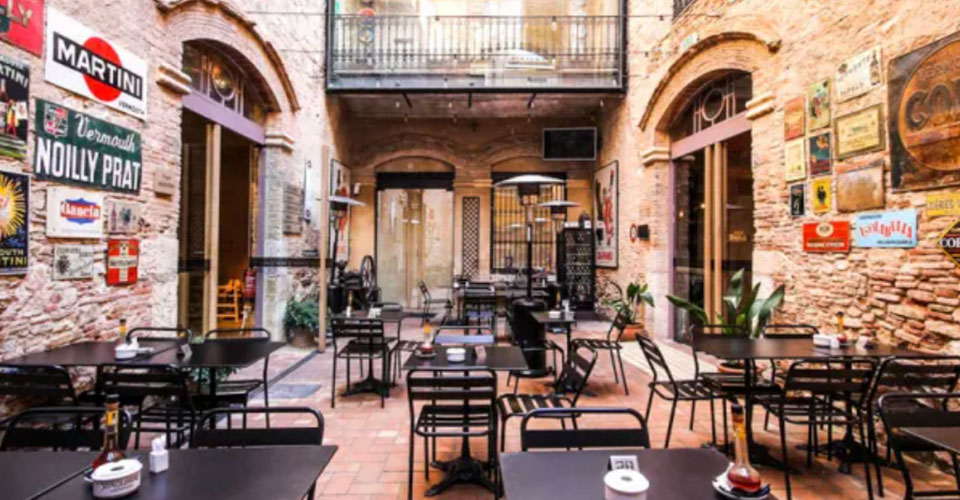 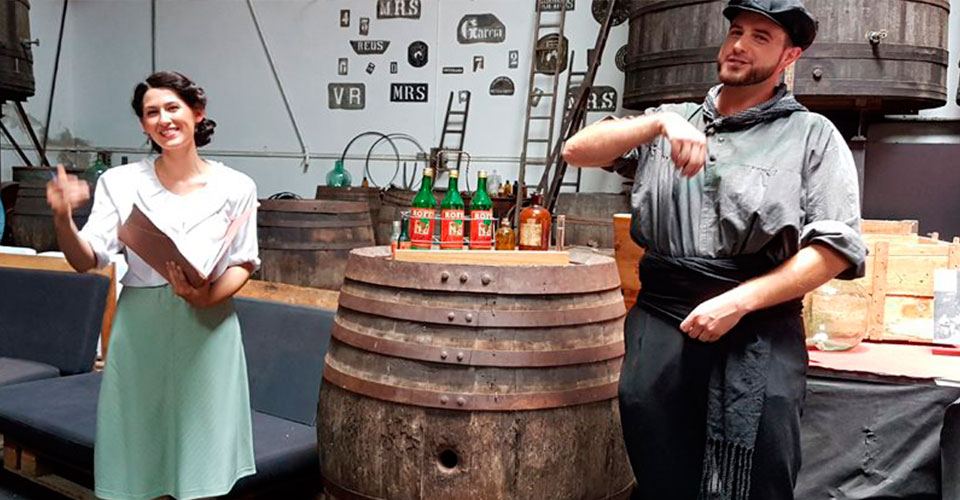 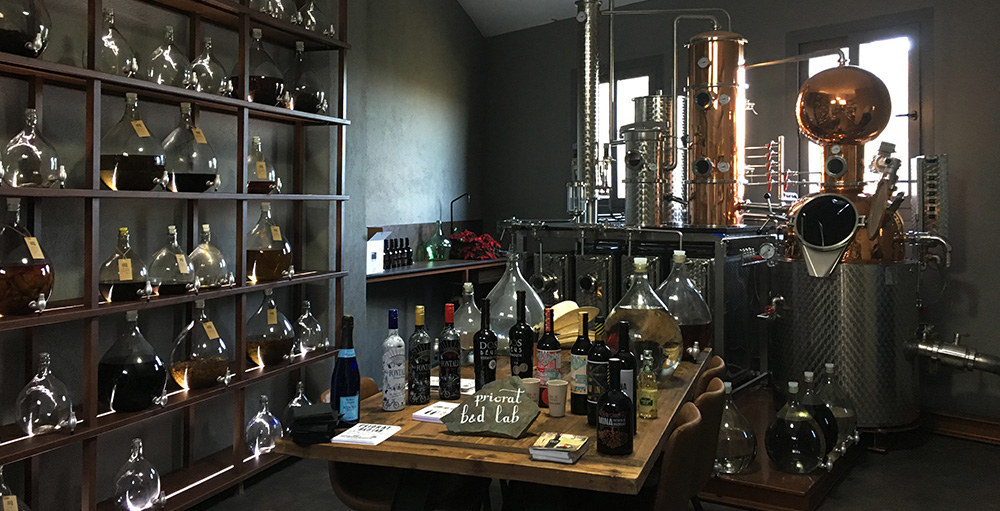 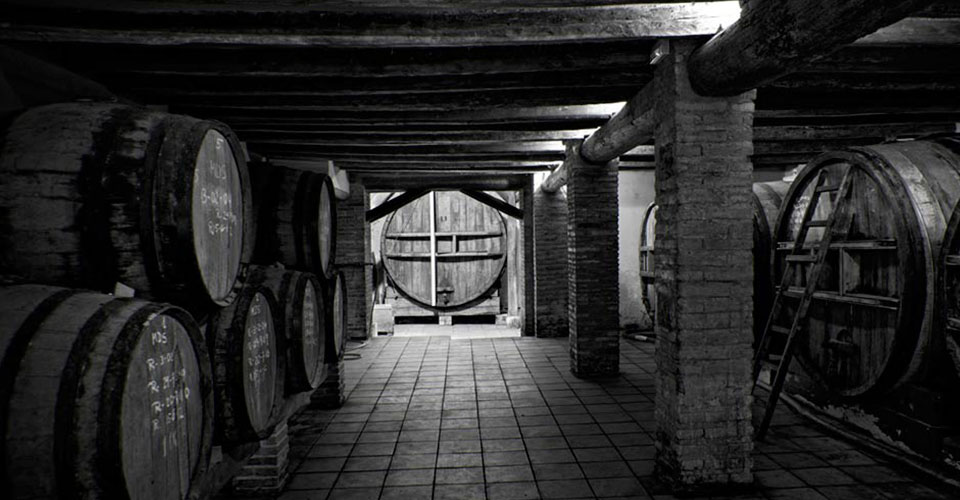 The Vermouth route of Reus… and surroundings, is one of those unmissable routes if you are a lover of this wine macerated in aromatic herbs, plants and spices. It has been made since ancient times using secret formulas jealously guarded by the producing families, and which have been passed down from generation to generation until today.

With this vermouth route, we suggest that you get to know the best vermouths of Reus and its surroundings, and that you enjoy the unique experience of tasting this aperitif, which is coming back stronger than ever.

Gone is the reign of the once ubiquitous Martini, to make way for old brands that are making a comeback and for other newcomers that are quickly making a place for themselves among the palates of the most demanding lovers of this aperitif wine.

But what is vermouth? Or vermout? Or vermut?

The origin of the word comes from the German wermut, which means wormwood, the fundamental plant used in its elaboration. It is believed that already in ancient Greece, wines were flavoured with certain aromatic plants and herbs including wormwood. The tradition continued during the Roman Empire to this day. It’s formula was modernized during the 18th century by certain Italian wineries that spread the consumption of vermouth throughout the world.

At that time, Reus was one of the three main world markets where the price of schnapps, necessary to make any distilled drink, was fixed. Everyone remembers the famous saying: Reus, Paris and London.

Thus, ‘Reus, París and London’ fixed the price worldwide. The arrival of phylloxera caused the disappearance of most of the vineyards in the Tarragona area and, in return, an inicipient market for this aromatized drink flourished. Thanks to this economic boom, Reus became the second biggest city of Catalonia in regards to population, only behind Barcelona.

A winery such as Yzaguirre de Reus was one of the pioneers in the spanish production of vermouth during the late 19th century and was followed by others such as Simó, Rofes, Iris o Cochs. Already in the 20th century, more than thirty brands of vermouth were operating in the city. A paradise for lovers of this drink. For this reason, the city of Reus is considered the birthplace of vermouth in Spain.

Here we suggest to you the vermouth route of Reus, to discover the wineries that have lasted to this day and which have popularized this drink in all corners of the Spanish geography. Old and traditional wineries, and others recently established, offer high quality artisan vermouths, where the botanical variety is extensive, almost infinite: wormwood, cinnamon, gentiana, cardamom, savory, nutmeg, salvia, clove, orange peel…

Are you coming to do ‘vermotourism’ with us?

This is the first obligated stop on our vermouth route of Reus. The winery De Muller is famous for its mellow wines, sweet wines and above all for its altar wines, since it has been the official supplier of the Vatican… Apart from all these milestones, it also produces the well-known Iris vermouth with a formula of botanicals dating back to the mid-19th century.

The winery was founded in 1851 by Augusto de Muller, a famous winegrower from Alsace (France) who settled in the Tarragona area and quickly made a name for himself among the best wines of Spain.

After the transfer of all its facilities to the city of Reus, De Muller acquires one of the most famous brands of vermouth producers, the company Cochs. In the purchase agreement, the Coch family gives De Muller the secret formula for the production of its traditional Iris vermouth. Consequently, De Muller jumps right into the production of the aromatized wine, making it known throughout national territory.

Up to 150 components are used in its secret formula, including aromatic plants, roots, spices… most of them of Mediterranean origin. The result is an aromatic infusion that macerates with the wine to create the characteristic aroma and flavour of Reus vermouth.

Vermuts Yzaguirre is a family winery that has been making vermouth for over 100 years. Its beginnings were in the city of Reus, where Enrique Yzaguirre founded his winery and began the production of sweet wine, altar wines and vermouths, being the pioneer in the production of the latter in Spain.

The Salla-Solé family are the current owners of the winery, now located in the nearby village of El Morell. They internationalized the company and introduced new products such as sangria, bittersweet vinegars and wines.

Up to 80 spices, aromatic plants and roots are used in the production of their renowned Yzaguirre vermouth. All of them, together with molasses alcohol, are macerated and aged in oak barrels to achieve unique aromas that, in part due to the quality of the wine used, result in very balanced vermouths.

You will discover these and other secrets of the family that pioneered vermouth in Spain during the tour of their facilities. 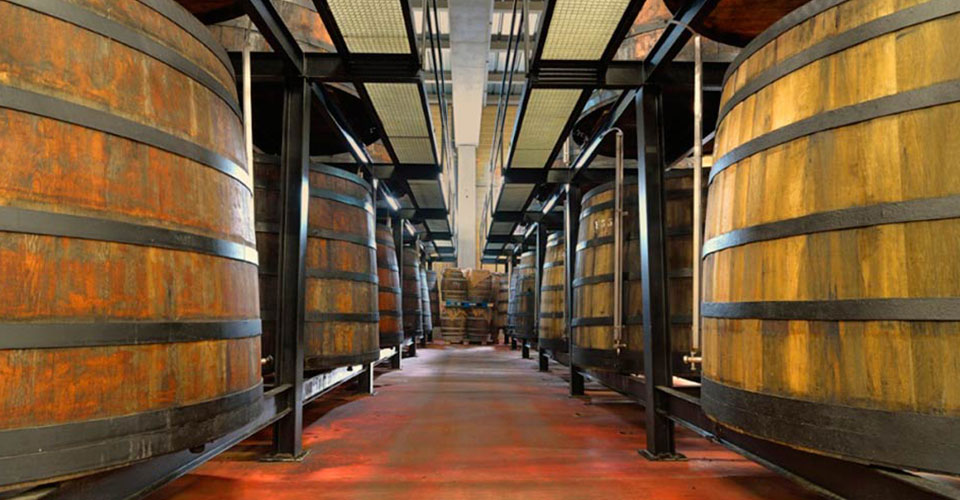 The current Padró family is the heir to a long winemaking tradition that dates back to 1886. At that time they produced and marketed wines and mistelles throughout the province of Tarragona. These were elaborated in their small winery located in Bràfim, where they also distilled alcohol for the production of schnapps.

The following generations expanded the facilities and modernized them. They also abandoned the production of schnapps to fully dedicate themselves to the production of wines and liquer wines in bulk. Then, they made a qualitative leap in the decade of the 30s, when they began bottling some of their products, and with this supplying establishments in the area, especially on the coast.

At the beginning of the 21st century, the Padró family began a new adventure with the elaboration of high-end vermouths with a base wine from their own vineyards: Padró&Co vermouth and Myrrha vermouth. 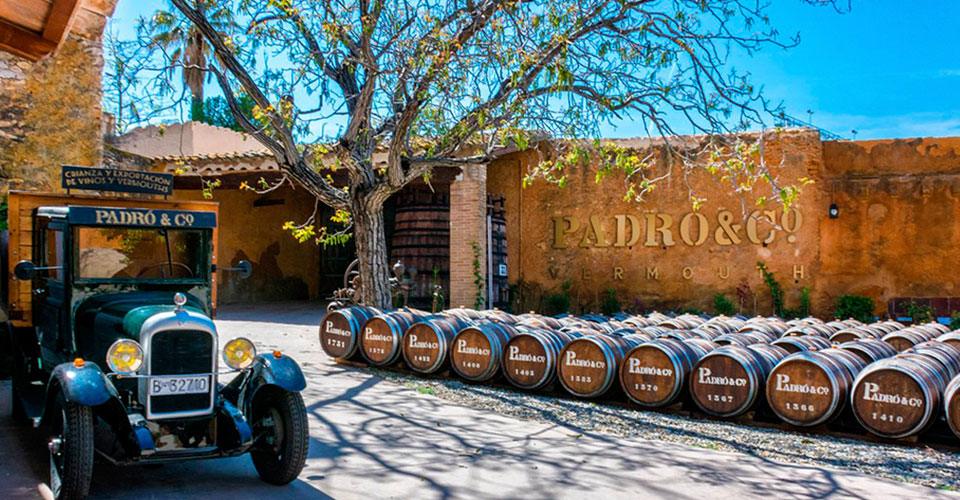 The Miró family owned vineyards in Cornudella del Montsant at the beginning of the 20th century where they sold wine in bulk. In 1957 they moved to Reus, reestablished the company and jumped right into the production of vermouths and other liqueurs.

As a result of the tenacity and perseverance of four generations, we now have vermouths made in the traditional way and elaborated with a formula that is still a secret even after more than 100 years.

Initially, the winery was located in the urban area of the city of Reus. With the move of the winery outside the city, Vermuts Miró begins its international expansion with more modern facilities which allow them to increase production, reaching over four million liters per year.

You can discover the secrets of Vermut Miró during a visit to the factory and immerse youself in the exciting story of a family dedicated body and soul to the elaboration of this aromatic drink. 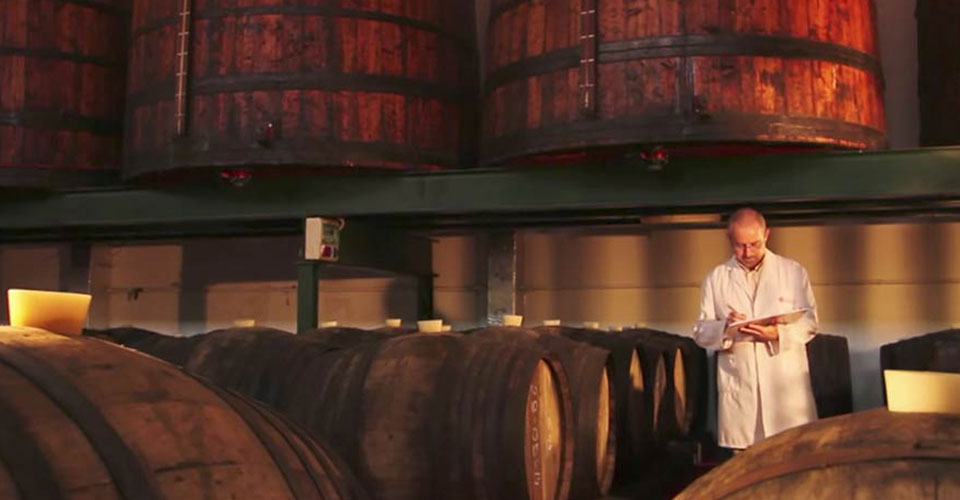 It is one of the newcomers, but it has quickly made a name for itself as a winery capable of making original, tailor-made distillates, which experiments with new flavors and offers vermouth, ratafia, red wine and even elderflower liqueur.

On the ground floor of the winery we find a fully-equipped distillery, where they make their distillates through a process of alchemy. It is impressive to see all the machinery and its spectacular still created to meet the needs of Priorat Lab.

And the lower floor is where the Dos Déus and Fontalia vermouths rest, waiting to reach the exact point of maturation in their sherry casks, where they will rest for a minimum of 3 years. In addition, they have recently launched a new vermouth to be drunk hot.

Discover and get to know Priorat Lab and its artisan and manual elaboration methods. Nothing is mechanized and everything is humanized at Priorat Lab.

> Reservations at the Priorat Lab winery 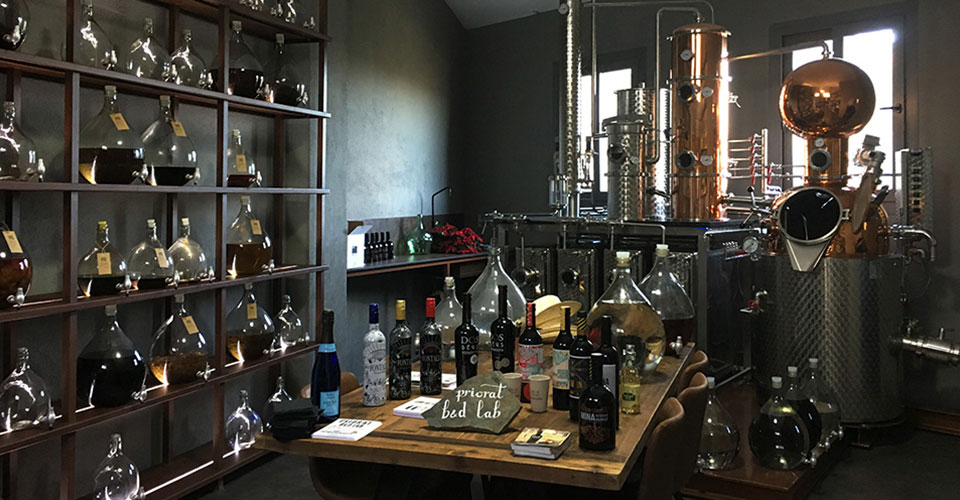 Another pioneer of Reus vermouth in Spain is Rofes. Created in 1890 by Marcel·lí Rofes who started in a small establishment in the center of Reus due to space requirements, with the intention to later move to the current facilities. Nowadays, you can still breathe the smell of vermouth that permeates all the facilities of the current restaurant, which was once an emblematic vermouth factory.

During the visit you can enjoy the Vermut Experience. The Rofes restaurant offers you the opportunity to taste its best dishes and its best vermouths. You can slo visit the old factory with a dramatized tour and discover its anecdotes and its curiosities, before finishing with a tasting of vermouth from Reus.

The dramatized tour takes place on the second Saturday of the month at 12:30 p.m. or by reservation.

To enter the restaurant-museum of the vermouth of Reus is to delve into more than 5,000 items related to the world of vermouth.

Currently, more than 30% of the total amount of vermouth produced in Spain is made in Reus, and as we have already explained, the modernist city is a benchmark in this appetizer.

The promoter of the museum restaurant is the collector Joan Tàpies, who began his collection with a gift from his father he received in 1982, a bottle of Cinzano that is exhibited in a prominent place of the venue.

The restaurant is located in a modernist building and different rooms have been dedicated to vermouth brands of the city such as Miró, Yzaguirre or Iris.

The museum can be visited freely during the restaurant’s opening hours, although we recommend that you try some of its tapas while enjoying a vermouth from its wide range of appetizers.

Well, if you are a lover of this flavored wine, whether you call it vermouth, vermout or vermut, this route we have prepared for you is a must. Enjoy!

⚠️ Due to COVID-19 visiting hours can be subject to change
C. Estació, s/n 43887 Nulles
Get directions 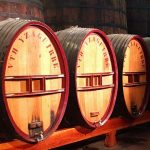 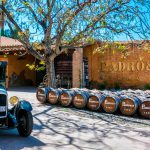 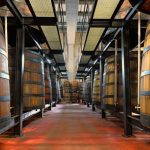 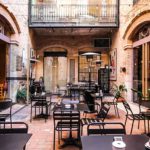 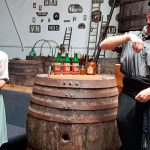 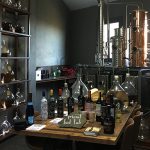 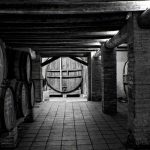 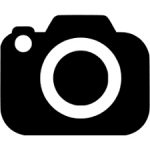